The Traveler's Guide To Tarragona Spain

A visit to Tarragona Spain will require you to know the best places to go to when you visit. This way you will save yourself the hassle of knowing the tourist spots once you are there.


Here is a list of places that you can visit once you arrive at Tarragona. This is a well-compiled list that covers the major attractions the destination has to offer! 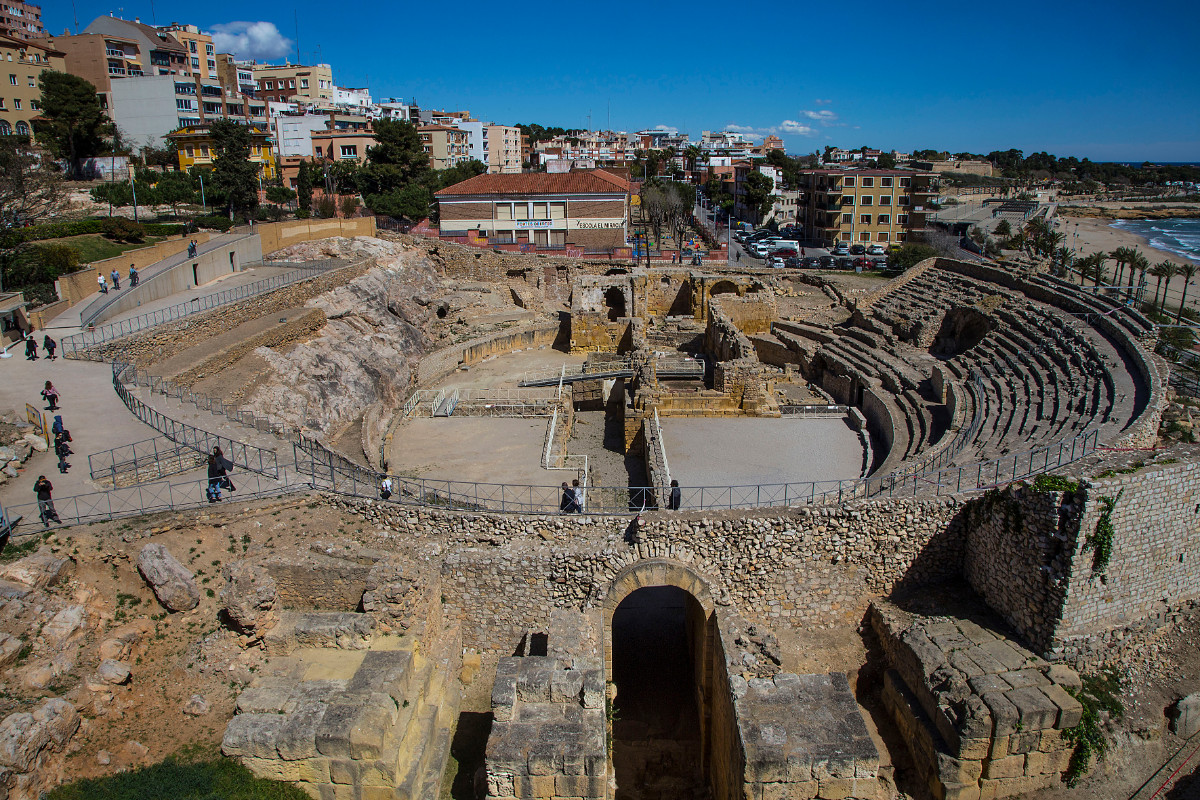 The amphitheater comes with an exquisite setting that is carved into the slope between the roman walls and the Mediterranean. This was built during the late 100s and can hold up to 15,000 spectators.


During the ancient times, this theatre would host some of the grisly exhibitions such as biting of early Christian bishop - bishop Fructoso.


Once you visit, you’ll be able to make out the lower basement which was used to host the wild animals and gladiators to the arena floor.


On the western side lies the original Roman walls which you can take a tour of to understand the captivating history.


The medieval arms and even the 18th century guns (in their positions) can be found next to the original towers and stones. On top of that, 2,000 year old incriotione can be found here as well.


These particular defences have been in position since the 3rd century when Tarraco became the base for Roman forces. Another interesting part is the lower section of the walls which are much older.


You must take a visit down here if you get the chance to! 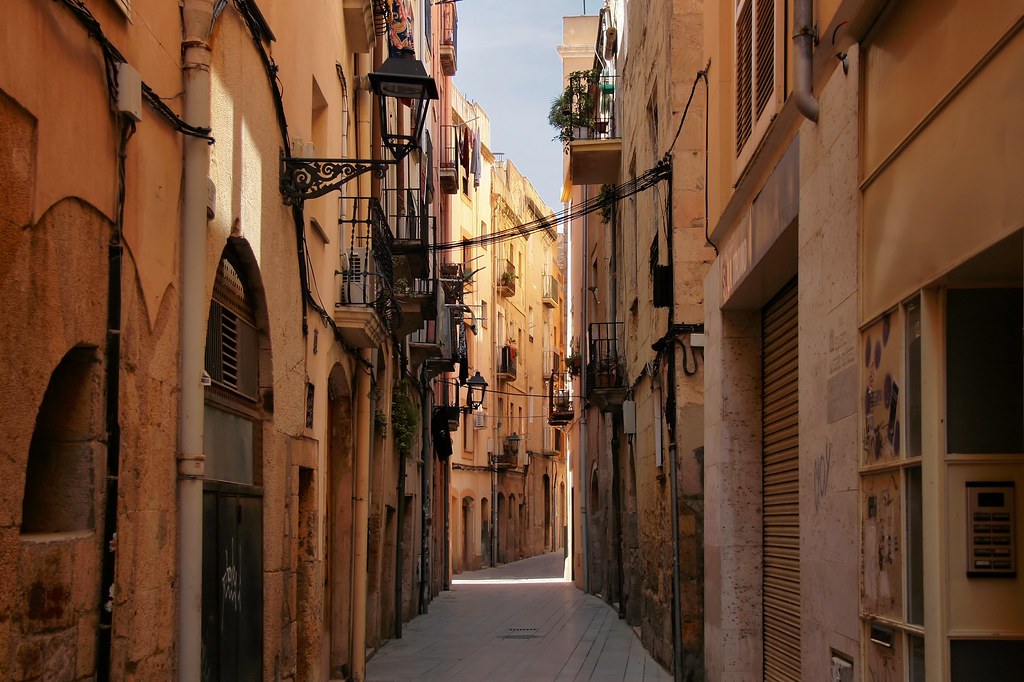 This is the highest part of Tarragona, as well as the oldest. In fact, for hundreds of years it didn't fill the late Middle Ages, this is where the city’s population was found.


Currently, this is where you’ll come to if you want to witness the little streets that are running beneath the houses.


On the other hand, Part Alta comes with preserved museums such as Casa Castellarnau. This is a 15th century gothic house that features an admirable patio.


If you visit, whenever you visit, you’ll find locals and tourists enjoying their day on the squares or having an excellent time at the outdoor tables at restaurants! It’s quite the place you want to visit!


If you want to visit what can be only described as one of the best features of Tarragonna, Spain, then it's the cathedral.


If you head into the Diocesan museum, you’ll witness some of the brilliant Renaissance tapestries along with the Roman artifacts that have been recovered during the exploration of the Cathedral during 1999 and 2001.

Around the 19th century, the city commenced excavations at different sites around.


Numerous artifacts were discovered that are now displayed at the museum. Some of these include the Roman Sculpture, clothing, coins, and even household items.


Moreover, they have managed to preserve a 2000 year old peacock Fresno. Finally, there is a mosaic room which comes with brilliant representations of the Muse Euterpe and Medusa. 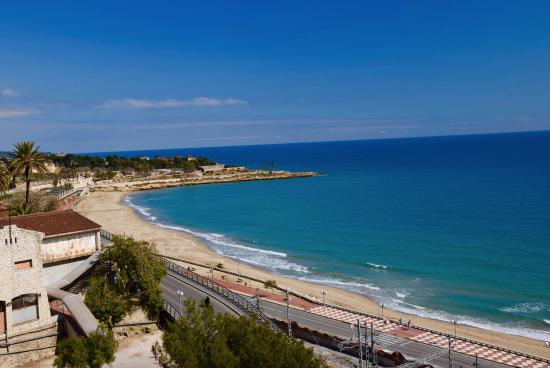 When you visit Tarragona, Spain, then you must make it a point to take a stroll down the Rambla Nova. This looks upon the workmanship of the sea. The iron railings are a part of the ritual - if you touch the iron, you can fetch good luck.


Along the Rambla, you’ll find restaurants, cafes, and even bars.


If you time your visit correctly, then you’ll be able to catch the nightly displays which are a part of the International Firework Competition.


Finally, during winters this is the spot you want to be at if you want to watch a beautiful sunrise.


If you’re traveling with children and want to have the perfect family day out, then we assure you this is where you want to be. This is one of the popular theme parks in Europe!


In fact, the special factor about this park is that whatever age be it, there’s always something to do.


For example, for the younger visitors there is a Sesame Street theme zone which comes with eleven exciting rides.


Adults and the older kids can have fun at the roller coasters such as the Dragon Khan which comes with eight inversions. Otherwise, there is the Hurakan Condor which drops you to earth from a height of 100 metres.


Finally, the park comes with shows that children of all ages can enjoy!

When you make your way towards the foot of the cliffs, you’ll come across the main beach on Tarragonna’s waterfront. You can go across the tracks using the tunnel located near the amphitheater. On the other hand, there exists a level crossing which runs past the station.


The beach consists of golden sand with a magnificent view. On the western end, there is a plethora of eating options such as restaurants, bars, and even nightclubs.


The water over here has a current whose strength is determined by the weather. Unfortunately, due to this inconsistency, it’s not a recommendation for younger swimmers.


The El Poblet Monastery is half an hour road trip away,

This medical structure has been recognised by UNESCO. You’ll find the mountain range looks over the vineyards!


This was founded by French Cistercian monks during the 12th century. This happened during the Moors’ retreat.


The historically significant part of this structure is the Royal Chapel which is gothic in nature. Several Kings were interred from the 12th century up until late 15th century.


While you’re heading up there, you will cross the town of Montblanc. This town is circled by medieval walls that protect the old stone streets. 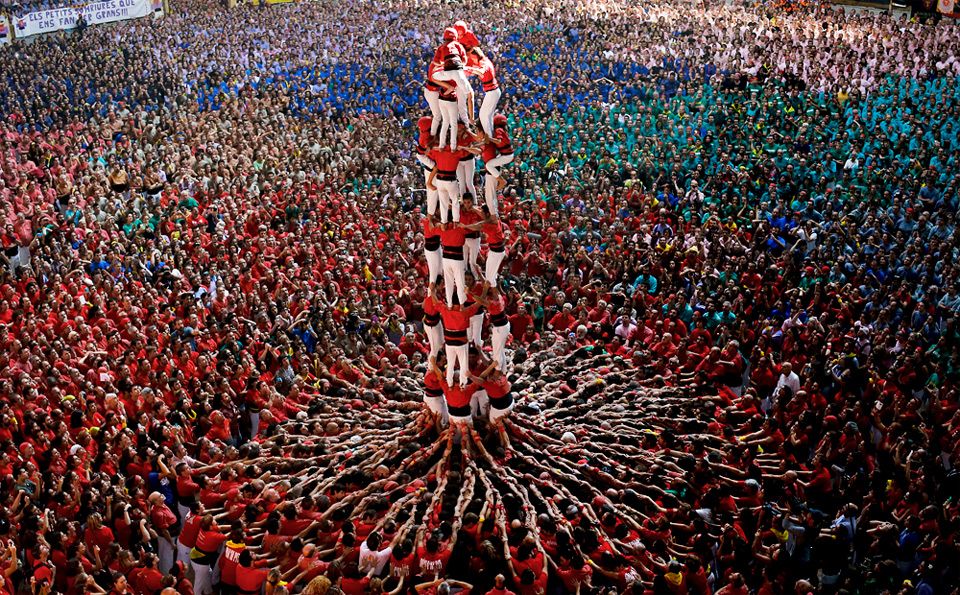 Finally, if you’re visiting Tarragona, Spain, you do not want to miss out on the human towers. They’re absolutely native to the city regardless of where you may have seen it before.


This has been around for over 300 years. In fact, even teams compete with each other at this incredible Concurs de Castella. However, you’ll find events and exhibitions taking place every summer.


The people gather here with matching outfits along with a sash that actually contributes in ensuring the people above can get the grip needed to climb. The tower begins forming when you’ll hear a fanfare from the gralla.


The towers usually have a height running from six to ten levels. The crown is always children who are as young as five (don’t worry, they wear helmets!).


This is a sight at Tarragona, Spain that you do not want to miss out on!