The Guide For Castles In Ireland

Visiting Ireland without searching for Castles in Ireland will be quite the waste. Now, what we want is the best way to enjoy your vacation. Of course, now if you want to visit the castles, then you need a list.


THE GUIDE TO THE CASTLES IN IRELAND


Here, we have selected some of the best castles that Ireland has to offer. All you need to do is have this list handy when visiting Ireland!

This is one of the list of Irish Castles that you absolutely cannot miss. This castle dates back to 1446 and thousands of tourists come to this spot every year. In fact, one of the things to do here is kiss the Blarney Stone.


The reason for this is that legend says it will bring one good fortune if they kiss the stone. However, this is not the only reason to visit the castle. You can have a look at the sixty acre floral garden that comes with the castle. It is quite the magnificent sight!


The next castle on the list of Irish Castles is the Cahir Castle. You see, the defense structures of the castle are still intact. Considering it was built in 1142, this is quite the sight to behold.


On top of that, when you head to the northeast tower, you will come across the cannonball that has been stuck to the wall from the Nine Years’ War. Finally, end the tour by taking the time to watch the fifteen minute film that shows the functions of the Ireland Fortress. 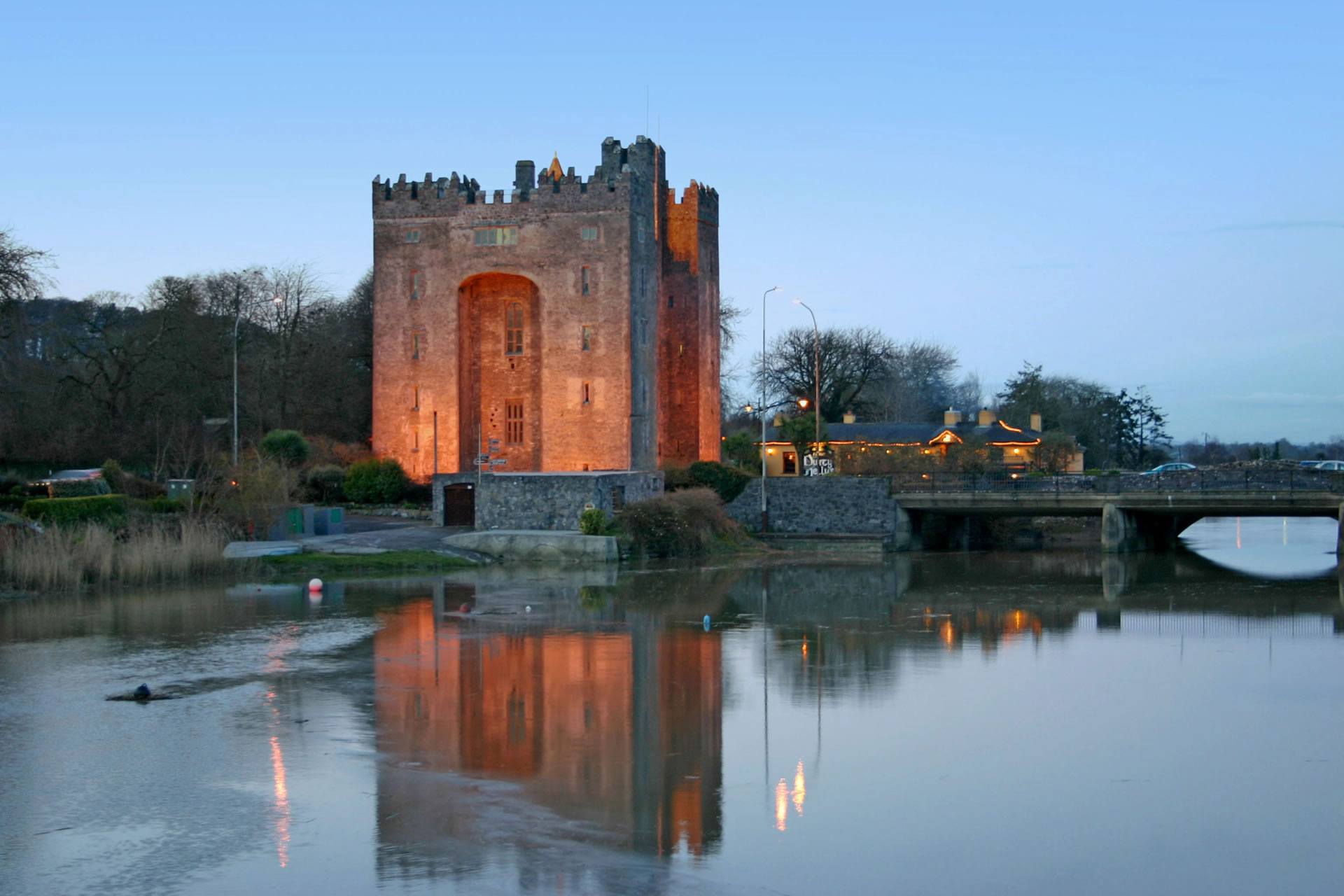 Bunratty Castle was built on a 970 AD viking trading camp. It was made public in the year 1960 and the tour of the castle will take you to the furniture, art, and even the tapestries from the 15th century.


Additionally, you can be a part of the traditional medieval feast. Herein, you will get served delicious dishes such as Turkey legs, mulled mead, potato soup, and even fresh bread. In fact, if you want the medieval experience, then Bunratty Castle is one of the best ones on the list of irish Castles.


Ever dreamt of staying in an actual castle? Then this is where your dreams will come true. Ashford Castle is one where you can actually stay at.


The castle was built in 1228 and has since been expanded upon to accommodate tourists by building a five star luxury hotel and a popular wedding venue.


The manicured lawns along with the gold interior gives a view that you will not forget anytime soon. In fact, the hotel has played hosts to the likes of John Wayne, John Lennon, US President Ronald Reagan, and King George V.


The Rock of Cashel

If you are looking for the ancient collections then this is the castle to visit. This is because The Rock of Cashel comes with the collection of Celtic Art and medieval architecture. In fact, it has almost everything that you can expect from a castle experience.


Next, this is one of the castles that is just an hour drive from Dublin. The castle in itself is a symbol for occupation and the construction for the same was initiated back in the 12th century.


The first time the castle was built, it was a mere wooden construction. However, over time it became the stone castle. However, even today the original towers can be seen.


A major portion of the castle dates back to the mid 19th century. This was the time when it was a large-scale project. As of today, you can see the two that have grown around it. Furthermore, the River Nore can be seen flowing past the castle and is quite beautiful for a boat ride.

If you move to the outskirts of Dublin, you will come across the Malahide Castle. This dates back to the 12th century. Of course, the structure has changed ever since then. Towards the 15th century, the reign of King Edward IV initiated. This is when enlargement works took place.


According to history, the castle was built by Talbots. Currently, four reception rooms along with bedrooms are open to the public. Apart from that, period furniture and paintings decorate the interiors.

The castle initially used to be surrounded by a moat. However, the outer wall comes with a drawbridge, barbican, and a portcullis.


The Donegal Castle is one among the Castles in Ireland which is not the typical traditional castle. In fact, it is more like a Medieval Country Home. Nevertheless, it does come with a charm of its own.


This particular castle was in a  state of ruin for almost two centuries. However, coming a couple of decades ago, it was restored.


As of now, the castle is quite an impressive structure. Like most, it sits near a river, River Eske. There is a surrounding boundary wall which was built back in the 17th century. Limestone and Sandstone was used to build the castle.

If you want to take a look at castles where time does not move, then Ross Castle it is. The castle is surrounded by a vast landscape. This view is breathtaking and can transport you back to the medieval times.


The castle was originally the ancestral home of the O’Donoghue clan. However, during the Second Desmond Rebellion it changed ownership to MacCarthy Mor.


The windows of the castle are on the lower levels and are quite narrow. Therefore, this allows anyone residing inside the castle to defend themselves.


Regardless of all, if you are nearby, then this castle is a must visit.


Last but not the least is the Dublin Castle. This stands right at the heart of Dublin and is the perfect blend of modern and medieval.


Currently, the castle is being used partly for the Irish Government. Nonetheless, the buildings still date back to the 18th century when Dublin was a Norman City.


It goes without saying that if you are looking for Castles in Ireland, then the Dublin Castle is a must visit!