Get To Know The Chocolate Hills

Have you ever heard of the Chocolate Hills of Bohol? Now, it’s time to know everything you should before your visit!


What Are Chocolate Hills? 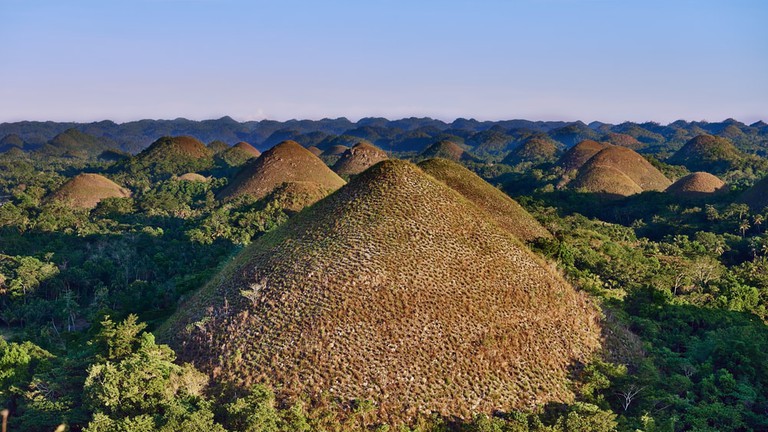 This is often called to be the Eighth Wonder of the World. The hills are the famous tourist attraction located at Bohol. It draws significant attention for the unique characteristics.


However, while the hills might be globally known, it’s important to know why this landscape is famous.


What Are The Hills Known For? 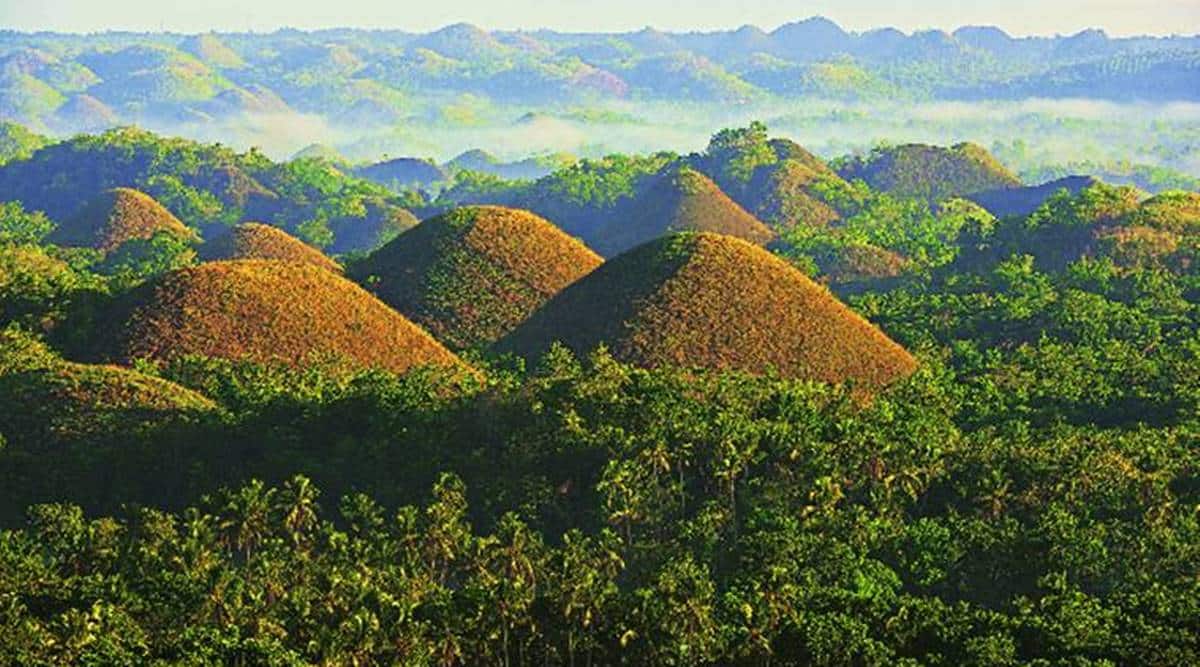 Now, let’s clarify that the hills aren’t actually made out of chocolate. The name transpires from the fact that the hills, which are usually green, turn into a chocolate color during the dry season.


The hills take up an area of 50 square kilometres in the towns of Sagbayan, Batuan, Bilar, Valencia, Sierra Bullones, and Carmen in Bohol. Even though all the hills vary in size but from a distance they appear to be symmetrical in shape.


As a result of this phenomenon, they appear to be the majestic landscape.


The flat lands that surround the hills have been turned into rice and corn farming lands. As a result, these provide a scenic beauty to the overall appearance of the hills.


The Chocolate Hills Complex at Carmen is a Government owned resort. The provincial Government owns the complex while the Carmen LGU manages the operations. The profiles are divided at a 70:30 ratio.


The complex comes with a hotel, swimming pool, souvenir shops, and a restaurant.


On the other hand, the other developed sector is situated at the Sagbayan Peak. This is 5 hectare resort that comes with a recreation Center and offers the same 360 degree view of the hills.


The two viewing decks are situated 18 kilometres from one another.


The Legend Of The Chocolate Hills


Here are the legends that revolve around the hills.


The most famous legend is that the hills became a part of the Visayan Region since two giants had a constant feud. Both the giants continued to hurl boulders, rocks, and sands to each other.


When the fight came to an end, the hills came to exist due to the mess. 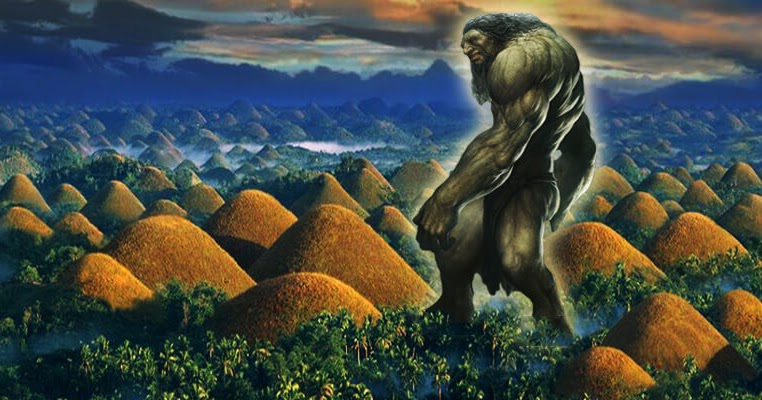 The second legend revolves around a giant as well. This legend claims that the Chocolate Hills came into existence had his heart broken. His tears led to the emergence of these hills.


However, the third legend is a bit too much. It says that the hills are a collection of the carabaos' dried feces. These carabaos are swamp-type water Buffalo which is native to the Philippines. The males can widget almost up to 420 to 500 kilograms. On the other hand, the females weigh around 400 to 425 kilograms.


However, keeping these legends aside, there is a geological theory behind the formation of the hills. The hills actually formed after the weathering of marine limestones. This dissolution continued for a period of thousand years. The factors responsible for this were subaerial erosion and rainfall.


There’s a plaque which is displayed at the viewing deck situated in Carmen. It says that the erosion of the limestone are a result of tectonic processes which raised them above sea level.


On the other hand, another geological explanation is that the hills are in fact coral reefs. Following a shift beneath the waters, the reeds erupted forming the Chocolate Hills.


Best Time To Visit The Hills


Like every place, even these particular hills have a good time.


If you particularly want to see the chocolate colour, then you need to visit during the dry season. This season commences towards the end of November and continues until May.


Nevertheless, it’s always a good idea to check the weather updates given that Philippines weather can be dicey.


Furthermore, the ultimate view of the hills can be achieved from two viewing decks - one is at the deck of Carmen and the other is from the Sagbayan Peak.


The Carmen deck provides a 360 degree view of the hills. You’ll be able to see only Chocolate Hills as far as your eyes can see. If you take a plane ride over the hills, then the surroundings appear to be thousands of mole hills.


How To Reach The Hills? 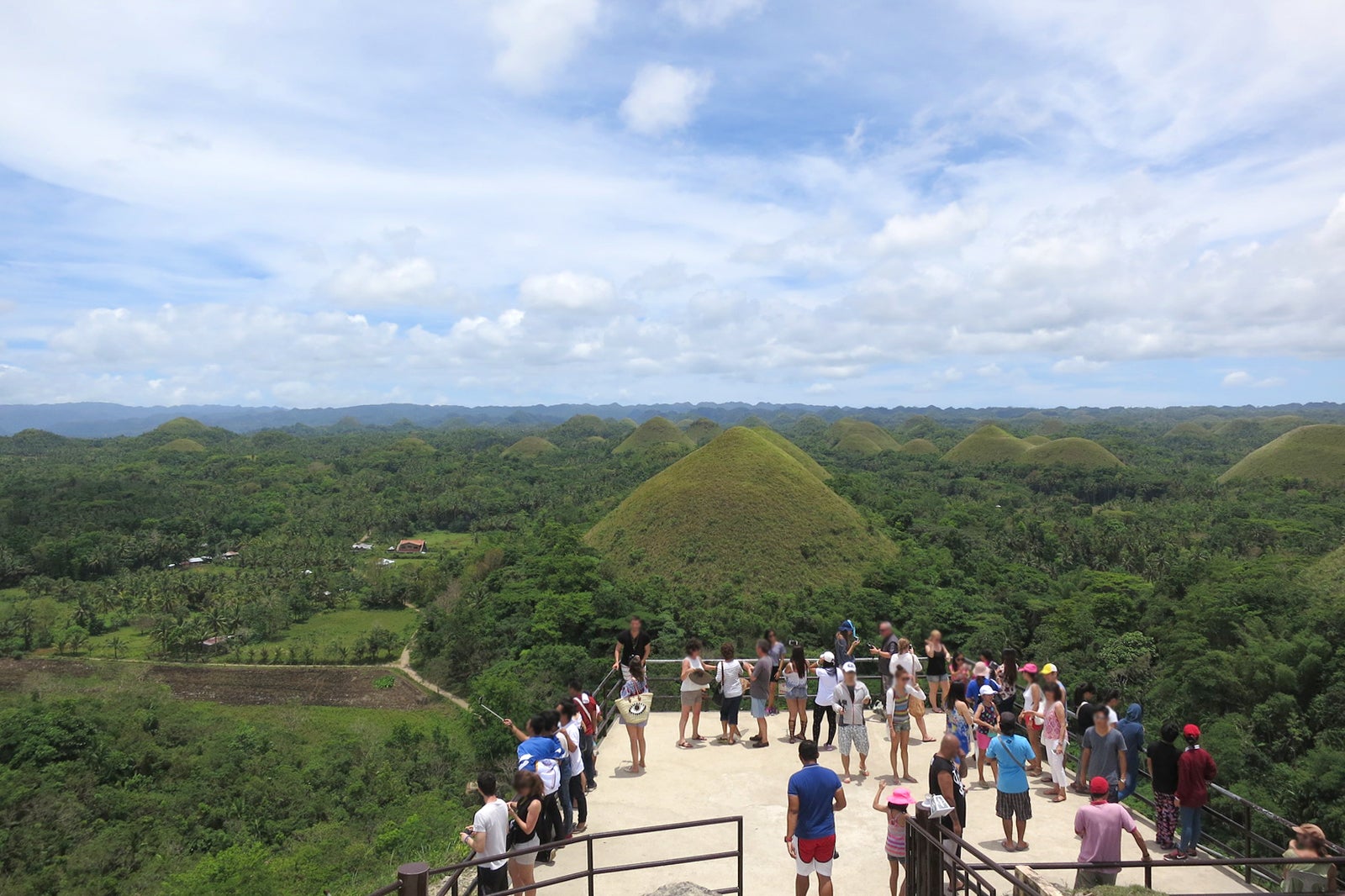 There are buses which travel to Carmen and Sagbayan from the Dao Terminal located at Tagbilaran City. You’ll have to ask the bus driver to drop you at the junctions which lead to the resorts.


When it comes to the resort for Carmen town, it’s only a 10 minute walk from the junction. However, the road is uphill.


If you’re traveling in a group, then the best option is to get a van. This is a much easier form of transport if you want to visit more places in a short time apart from the Chocolate Hills.